Share a memory
Obituary & Services
Tribute Wall
Read more about the life story of Wilfred and share your memory.

Wilfred G. Mango Jr., “Bill”, 82, passed away peacefully at his home in Madison, CT on November 29 with his loving wife, Charlene, and his children by his side.

Bill was born on July 11, 1940 in Weehawken, NJ to Wilfred G. and Mildred Holberg Mango. He attended Lehigh University where he was a member of the Alpha Tao Omega fraternity. He graduated from Lehigh with his bachelor’s degree in 1963. Later, Bill moved to New York City and attended the New York University Stern School of Business where he received his MBA in 1970.

In 1978, Bill joined The George A. Fuller Company as President and member of the Executive Committee. He served in that capacity for two years and in 1980 was further elected Chief Executive Officer and Chairman of the Board of Directors. In 1981, Bill acquired the company. At that time, Fuller had been in continuous operation for nearly a century with the Flatiron building being its most recognized project. During Bill’s tenure, Fuller built major skyscrapers in New York City, the stadiums for The New York Giants and The Miami Dolphins, hospitals, and hotels. Fuller also helped maintain national landmarks such as the Lincoln Memorial, the Washington National Cathedral, the Tomb of the Unknown Soldier, and the U.S. Supreme Court Building. Under Bill’s leadership, the company developed and constructed major commercial, residential, and military facilities worldwide. Bill served as the Chairman of the Board of Trustees of both Marymount Manhattan College and The Stanwich School in Greenwich, CT. He also served on other boards and councils such as The New York Real Estate Institute (NYU), the New York Medical College, the New York Association for the Blind (The Lighthouse), and Lehigh’s Tall Buildings Council and its Business Advisory Council. In 1993, he was awarded Lehigh’s Distinguished Alumni Award. Bill was a longtime member of The University Club in New York City.

Bill was known for his intelligence, ambition, and wit. He was an avid reader and always had a book by his side. He never missed the daily crossword puzzle from The New York Times. His days were filled with music, Frank Sinatra being one of his favorites, and James Bond movies. He loved cooking and was known to ask restaurant chefs for their recipes so he could recreate his favorite dishes at home. He was passionate about tennis and sailing, having spent many wonderful years on his sailboat in the New England waters. He also loved skiing and enjoyed winters on Mt. Mansfield in Stowe, VT where he had a home for many decades.

Bill’s family will miss his stories. Whether about his time at Lehigh, his years living in New York City, his travels abroad, or years raising his kids, he always had a story to share.

Bill is predeceased by his parents. He is survived by his wife of 37 years, Charlene, his four children, Christian Mango (Heather) of Winchester, MA; Peter Mango (Marcela) of Newburgh, NY; Alison Mango (Alejandro) of Hoboken, NJ; and David Mango of New York, NY, as well as his younger brother Guy Mango of Bristol, VT and his favorite cousin Lynn Kaufman (Marc) of Silver Spring, MD. He loved being a grandfather to his five grandchildren. He was immensely proud of William, Andrew, Sophie, Morgan, and Camila.

The family would like to thank the incredible team in the Home Care Plus hospice group for the extraordinary love and care they showed Bill at the end of his life.

In lieu of flowers, donations can be made to Home Care Plus Community Healthcare and Hospice, 753 Boston Post Road, Suite 200, Guilford, CT, 06437 attn. Janet. 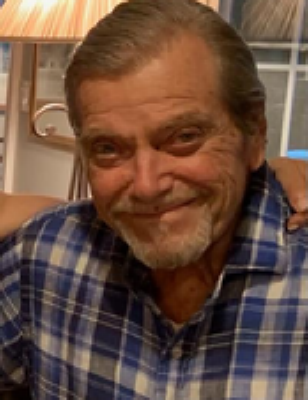 You can still show your support by sending flowers directly to the family, or by planting a memorial tree in the memory of Wilfred G Mango, Jr.
SHARE OBITUARY
© 2023 Hawley Lincoln Memorial Funeral Service. All Rights Reserved. Funeral Home website by CFS & TA | Terms of Use | Privacy Policy | Accessibility