Share a memory
Obituary & Services
Tribute Wall
Read more about the life story of Wayne and share your memory.

Wayne was Woolsey Professor of Biblical Studies, Emeritus, in the Department of Religious Studies at Yale, where he taught for 30 years and served in leadership positions in the Department and the University. Earlier, he taught briefly at Dartmouth College and Indiana University. His B.D. was from Austin Theological Seminary. Ordained a Presbyterian minister in 1956, he was university pastor in Memphis and later at Yale, where he received his Ph.D. in religious studies. He served as president of the Society of Biblical Literature and Studiorum Novi Testamenti Societas (SNTS). He held an honorary doctorate from the University of Uppsala and was a Corresponding Fellow of the British Academy and a Fellow of the American Academy of Arts and Sciences. Wayne had broad expertise in the origins of Christianity and interpreting the New Testament. He was one of the foremost authorities on the social world of the Apostle Paul, on the Fourth Gospel, and on the formation of Christian morality.

Beyond his scholarly accomplishments, Wayne was a beloved teacher and mentor, gifted woodworker, wordsmith extraordinaire, devoted husband, and a fabulous dad, grandpa and great-grandpa. He was preceded in death by his first wife, Martha Fowler Meeks, and by his brothers, Kenyon and Rufus Meeks. Left to cherish his memory are his three daughters, Suzanne Meeks (Russell Vandenbroucke), Edith Meeks (Peter Coston), and Ellen Meeks (Kevin McCarty), grand-daughter Elena Meeks (Kevin Laskee), two great-grandsons, Vincent Meeks and Vaughn Laskee, his wife of 23 years, Judith Colton, and countless others whose lives he touched.

Donations in Wayne’s memory may be made to the Southern Poverty Law Center, to the Union of Concerned Scientists, or to HomeHaven. A memorial service will be arranged at Yale in September. 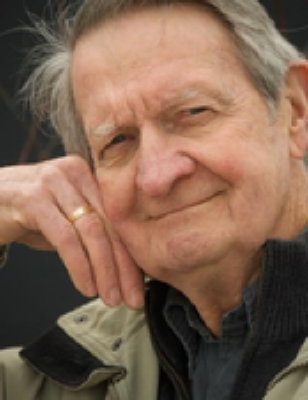 You can still show your support by sending flowers directly to the family, or by planting a memorial tree in the memory of Wayne Atherton Meeks
SHARE OBITUARY
© 2023 Hawley Lincoln Memorial Funeral Service. All Rights Reserved. Funeral Home website by CFS & TA | Terms of Use | Privacy Policy | Accessibility