Share a memory
Obituary & Services
Tribute Wall
Read more about the life story of Ramsay and share your memory.

MacMullen, Dunham Professor Emeritus of History and Classics and one of the greatest Roman historians of his age, died on Nov. 27. He was 94.

MacMullen is best known for his writings on the ancient Roman world, including early Christianity. He was extremely prolific, the author of more than a dozen and a half books on Roman history alone, and upwards of 80 articles.

In monographs such as “Christianizing the Roman Empire,” in which he addressed how the early Church found dominance in ancient Rome, and in “Roman Social Relations,” where he focused in particular on neglected aspects of Roman social relations among the poorer classes, he won universal accolades for his wide learning, provocative and illuminating choice of subject matter, and perceptive and sensitive interpretation.

His wide learning enabled him to look beyond the historical parameters of other historians, and to use abundant unnoticed evidence concerning Romans in their individual and family rites and daily life to advance his views.  His books, and the attention and acclaim they received, were influential in opening the now established field of social history.

Wherever he went in the scholarly world, MacMullen was regarded with awe. He was encyclopedic in his learning, and extremely rigorous and exacting in his scholarship. At the same time, he was a warm, generous, and socially outgoing colleague to his scholarly friends and graduate students, and a respected teacher. He taught large lecture courses on Roman history, filling lecture halls with students on subject matters not guaranteed to draw crowds.

He was also the master of Yale’s Calhoun College (now Hopper) for six years in the late 1980s and, along with his first wife, Edith MacMullen, dealt with all the complicated social and administrative issues of running a college full of young people. The distractions of this position might have seemed unappealing to someone who published as much as he did, and as regularly, but he turned out to be a loyal, committed, and wide-ranging leader and very good at the job—even skating on the Calhoun intramural hockey team.

All who knew him recognized that he was a Scot, stalwart and tough. He was ramrod straight and hiked and worked out into his 90s. Yet his dry, whimsical sense of humor and genuine interest in others kept him from being forbidding and put people at ease.

Among his many honors were the American Historical Association’s Lifetime Award for Scholarly Distinction, which he received in 2001. The citation for that honor began, “Ramsay MacMullen is the greatest historian of the Roman Empire alive today.” In 2013 he received the Arthur Kingsley Porter Prize from the College Art Association for a 1964 essay judged by an editorial committee to be one of the 33 “greatest hits” in the first century of the association's journal's publication. And in 2014 he was awarded the prized Yale DeVane Medal for teaching and scholarship.

He never stopped publishing, and not on Roman history and religion alone. His many books on topics other than classical subjects included such titles as “Why We Do What We Do?: Motivation in History and the Social Sciences”; a collection of letters, “Sisters of the Brush: Their Family, Art, Life & Letters,” about the family of miniaturists in New London, Connecticut that included the first professional female artist in the U.S., and “Feelings in History” that argues for the central role emotions, not just reason, play in historical events.

Ramsay MacMullen was born in Manhattan and educated at Phillips Exeter and Harvard, from which he held all three of his degrees. He taught at the University of Oregon and Brandeis before coming to Yale in 1967. He retired in 1993.

For decades MacMullen and his second wife Peggy enjoyed friends and family, theatre, music, and travel. They were hikers in many mountain ranges, especially in northwest England. He is survived by her, and by three children from his first marriage and six grandchildren. A loving father, he gave to his children a passion for teaching and service, for music, art, and literature as well as hiking in the hills, jogging around the softball court, skating on the ponds and strolling in museums.

Donations in his memory may be made to Tougaloo College, 500 West County Line Road, Tougaloo, Tougaloo, MS 39174 or to the Brennan Center for Justice, 120 Broadway, suite 1750, New York, NY 10271. A small memorial service will be arranged at Yale in the spring semester. 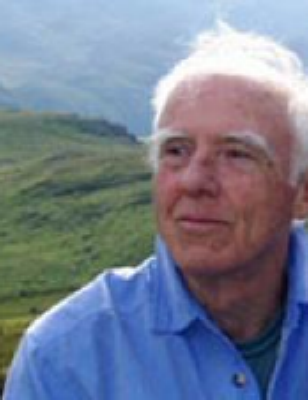 You can still show your support by sending flowers directly to the family, or by planting a memorial tree in the memory of Ramsay MacMullen
SHARE OBITUARY
© 2023 Hawley Lincoln Memorial Funeral Service. All Rights Reserved. Funeral Home website by CFS & TA | Terms of Use | Privacy Policy | Accessibility