Share a memory
Obituary & Services
Tribute Wall
Read more about the life story of Mae and share your memory.

On November 26th, 2022, at the age of 94 years, Mae Festa left this world, surrounded by friends and family at her home in New Haven, Connecticut. After a long and rich life, she died from complications of Parkinson’s Disease, and will be remembered in the hearts of those she touched.

Mae grew up on the Upper West Side of Manhattan, close to the riches of New York's art museums and galleries. Spending untold hours wandering the halls of these great institutions was invaluable in her formative years, as she developed a strong aesthetic sensibility and deep appreciation for the decorative and applied arts from a young age. She attended an architectural drafting course at Columbia University, where she met her future husband Gene.

She began her professional career in the world of modern design, working for Knoll Associates. She and her husband left New York for Bloomfield Hills, Michigan, where he worked as an architect in the office of Eero Saarinen. They spent these years immersed in the midcentury modern movement.

In the early 60s, while living in Athens, Greece, she developed an appreciation for ethnographic weavings and early textiles. After returning home and becoming a mother, she spent several years devoted to her son Christopher. She later began working as an interior designer for Kevin Roche John Dinkeloo & Associates, where she was able to apply her passion for textiles in curating permanent art collections in large corporate projects and The U.N. Plaza Hotel.

Soon after returning from a trip to Turkey in 1979, she realized she had become a collector. She then began traveling extensively to regions of Eastern Europe, the Middle East,

Asia, and South America, where tribal and ethnic textiles were still being made by hand

and used in their native settings. She also enjoyed being active in several textile societies and academic groups, and traveled with many like minded people, having visited 28 different countries.

After retiring from a successful interior design career in 2006, Mae put together a catalog of her impressive textile collection, which was well received by her community of peers. After seeing the catalog, a prominent oriental rug dealer offered to put on a show of her collection at the New York Design Center in 2012, which was very well received by the art and design community. Mae also donated a large number of pieces to the Textile Museum in Washington,

D.C. and the Rhode Island School of Design.

While Mae was a vigorous professional of high standards during her working career, those who knew her well will remember her as a warm, caring, knowledgeable, and generous person. At home, she enjoyed entertaining friends and family, inviting them to share in the wonder of the unique world she had created with her husband, where they enjoyed sharing their appreciation for the visual world.

She will be sorely missed by friends, collectors, and family. Mae was predeceased by her son, Christopher, and is survived by her husband, Gene, of over 70 years, her daughter in law, Denise, and many beloved nieces and nephews. The Hawley Lincoln Memorial, 424 Elm St. New Haven is in charge of arrangements. 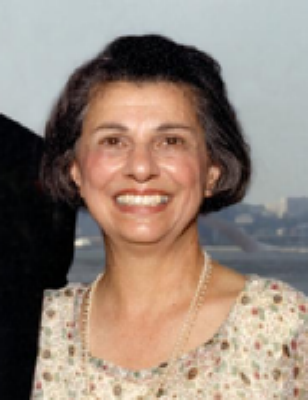 You can still show your support by sending flowers directly to the family, or by planting a memorial tree in the memory of Mae Lamar Festa
SHARE OBITUARY
© 2023 Hawley Lincoln Memorial Funeral Service. All Rights Reserved. Funeral Home website by CFS & TA | Terms of Use | Privacy Policy | Accessibility