Share a memory
Obituary & Services
Tribute Wall
Read more about the life story of Gerald and share your memory.

Gerald Harris Pollak of Madison, CT, died Monday, November 21st at home surrounded by his family after a long battle with cancer. He was 67, a beloved son, nephew, father, husband, and friend. Gerry was the son of Gerald and Marian (Harris) Pollak. To know Gerry was to love him, and he has kept in touch with friends from everywhere he lived or worked.

Gerry received his bachelor’s from SUNY Plattsburg, a Master's from the University of South Carolina, and his MSW from SCSU.

Gerry had a career change in his 50s and found his calling as an adolescent psychotherapist, “the kid whisperer,” as his colleagues at The Joshua Center in Old Saybrook called him. He was passionate about helping troubled children.

Classically trained in piano at an early age, Gerry performed solo and in various bands his whole life.  For the past decade, he played keyboards and sang in the band Take Two and Call Me in the Morning.

Gerry volunteered at Habitat for Humanity, the West Haven VA, and various soup kitchens. Gerry had been a member of USNH; he was a beloved and cherished member of Al-Anon.

Gerry is survived by his wife, Valerie Leeds; his son Brian and daughter-in-law, Christina. He is also survived by his beloved uncle Ken, his brother Jeff and wife Carol, and his nephew, Tyler.

We thank all the compassionate and dedicated healthcare professionals who cared for Gerry at Smilow Cancer Center, especially Doctors Jeremy Kortmansky and Alex Choi and their teams. We also are grateful for the care given by CT Hospice, especially Lynn Waters.

A wake will be held at the Hawley Lincoln Memorial Funeral Home, 1315 Boston Post Road, Guilford, CT, on Saturday, December 3rd, from 2 to 4 pm. A Celebration of Life ceremony will be held in the summer of 2023. 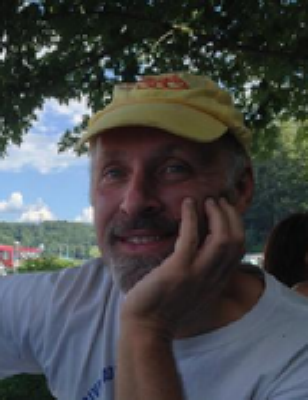 You can still show your support by sending flowers directly to the family, or by planting a memorial tree in the memory of Gerald Pollak
SHARE OBITUARY
© 2023 Hawley Lincoln Memorial Funeral Service. All Rights Reserved. Funeral Home website by CFS & TA | Terms of Use | Privacy Policy | Accessibility