Share a memory
Obituary & Services
Tribute Wall
Read more about the life story of Dawne and share your memory.

Dawne Brownell Nolan, 73, of Woodbridge, asked to be with our Lord surrounded by her devoted daughters on January 13, 2023. She was born February 14, 1949, to the late Ethel Yale Shutter and Charles Wood Brownell. She grew up in Orange. Dawne graduated from Emerson College and later received her Masters from Wesleyan University. She enjoyed her years teaching, especially at Savin Rock Community School and Our Lady of Victory, and her summers spent at Woodbridge Rec, where she directed the Pre-K camp. Dawne's greatest joy of all was spending time with her grandchildren. She was a loyal and devoted grandmother, mother, sister, daughter and friend. Dawne leaves behind her children Ashley Nolan Palumbo and her husband Brandon of Cheshire, Blaire Nolan Feeney and her husband Stewart of Rye, NY, her grandchildren Tyler and Camille Palumbo and Finley Feeney, and her sister Gayle Brownell.

A memorial service will be held Thursday, January 19 at 11am at the First Church of Christ, Woodbridge. Reception to follow. Memorial Contributions in Dawne's name may be sent to: Henry's Fund, Texas Children’s Hospital, Office of Philanthropy, Ste. 5214, PO Box 300630, Houston, TX 77230-0630 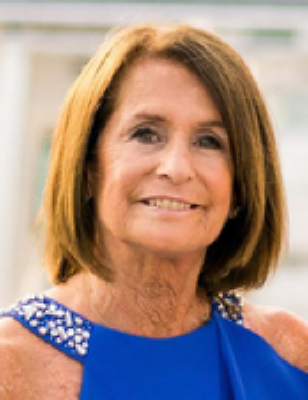 You can still show your support by sending flowers directly to the family, or by planting a memorial tree in the memory of Dawne Brownell Nolan
SHARE OBITUARY
© 2023 Hawley Lincoln Memorial Funeral Service. All Rights Reserved. Funeral Home website by CFS & TA | Terms of Use | Privacy Policy | Accessibility