Plant a tree in memory of Charlotte
An environmentally-friendly option 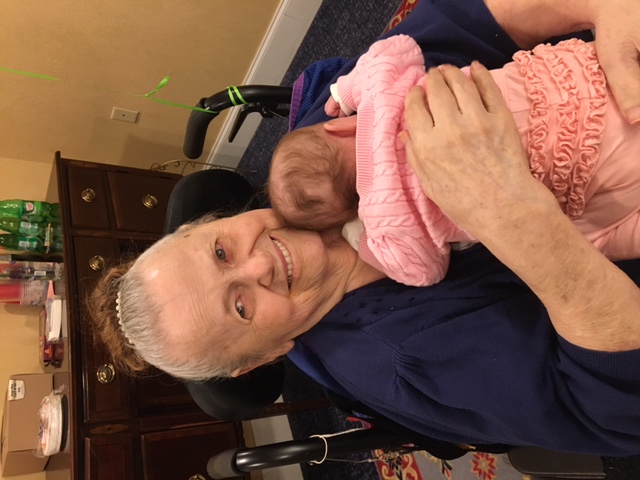 Mrs. Charlotte von Voss passed away peacefully at the West River Healthcare Center, Milford, CT, on Wednesday April 7 with her loving son beside her. Charlotte was born in the Konigsberg region (East Prussia) on the Baltic Sea. Many of her family members were men of the sea. She always loved the sea and made many trans-atlantic crossings. On March 4, 1954 she first traveled to America on the SS United States to join her husband, with their eight month old son in her arms, arriving at New York's Ellis Island. Since then March 4th has always been her Independence Day and celebrated it every year with the family. Upon arriving in America she didn't know any English. She taught herself by watching movies, television, and reading the dictionary, a habit she continued for many years. After learning the language she became not only fluent in English, but eloquent as well and  was often complimented on her perfect diction.

Charlotte's life was anything but easy, with many mountains to have to climb, from a life-threatening illness as an infant, to being a prisoner of war in a Russian concentration camp as a child during World War II.  But she has had much joy as well, caring for people as a nurse, and especially with the family she cherished, as a mother, grandmother,and great grandmother.

She found great strength through her faith, which began as she witnessed the unwavering faith of her mother. Charlotte was a long time member of the New Haven Seventh-Day-Adventist church, and was always looking to share her faith.

Charlotte first became a nurse in Germany, and went through additional training to obtain her nursing license in America. She worked for many years at St. Raphael's Hospital in New Haven. She had a special fondness for the elderly and spent many years as a private duty nurse caring for them. She even opened up her home in Cheshire, CT to two elderly clients at one time, where she provided 24 hour care for them. Her last employment was as manager of the Center Church Home on Trumbull Street in New Haven, CT

She enjoyed many different hobbies during her lifetime. She loved cooking and served many amazing meals to friends and family which will be remembered by those who enjoyed them. She also had a "green thumb" that was the envy of many. Loving animals as she did, especially dogs and cats, she was an avid supporter of the Humane Society.

After moving into the West River Healthcare Center, where she could no  longer have cats or dogs, she had a pet fish she named "Fannie" , who provided many years of companionship and joy.

Charlotte was a woman of great faith and strong character. She will be greatly missed by all who were blessed to have known her, especially her loving family who adored their matriarch. She is survived by her children, who she loved to give nicknames: Hans Peter Shmigelsky (Anita-"Sweet pea"), formerly of Bethany CT, now Wilmington NC; Rolf (Roy) A. Shipley of Jacksonville NC; Loretta(Lora) Shmigelsky of New Haven CT; She cherished her 5 grandchildren: (Sparky) Shmigelsky of Wallingford CT; Erika (Edelweiss) Meyers of Wilmington NC; Hans David (Sweet Spirit) Shmigelsky of Wilmington, NC; Christina (Tippy) Killman of York, SC; and Cameron Shipley of Jacksonville NC. All where originally from the greater New Haven CT area. Additionally , she was blessed with 4 beautiful great grandchildren; John Peter Meyers, Charlotte Rose Shmigelsky, Emilia Rae Shmigelsky, and Lila Alexandra Killman. Charlotte is predeceased by her husband, Peter S. Shmigelsky, her family in Germany - her parents Emil and Gertrude von Voss, her sister Ella Foege, several brothers, sisters, nieces, and nephews.

Charlotte's family would like to extend a special thanks to the staff at West River Healthcare Center for all the great care and love they gave Charlotte throughout her years there.

An amazing woman and beloved Mother, grandmother and great grandmother, she will be truly missed and will remain in our hearts forever.

Plant a tree in memory of Charlotte by clicking here.
To send flowers to Charlotte's family, please visit our floral store.

A service summary is not available

Plant a tree in memory of Charlotte
An environmentally-friendly option

Plant a tree in memory of Charlotte

1 tree planted in memory of Charlotte

I took care of Charlotte for a long time,she use to tell me all about her life when she was young.we cried together more time than I could tell you,and we laughed a lot too..Peter your mom loved you and your sister more than you’ll ever know.she made my day the last couple of months mom was upstairs so I didn’t get a chance to see her much but I was blessed to have her final hours spent with me💕I love you

A Memorial Tree was planted for Charlotte von Voss

Plant a tree in memory of Charlotte